No Result
View All Result
Home Community, Growth and Housing

We looked at the community transformations in New Rochelle, New York

New Rochelle, New York, is a dramatic example of how zoning reform can attract investment and generate economic growth for a community: 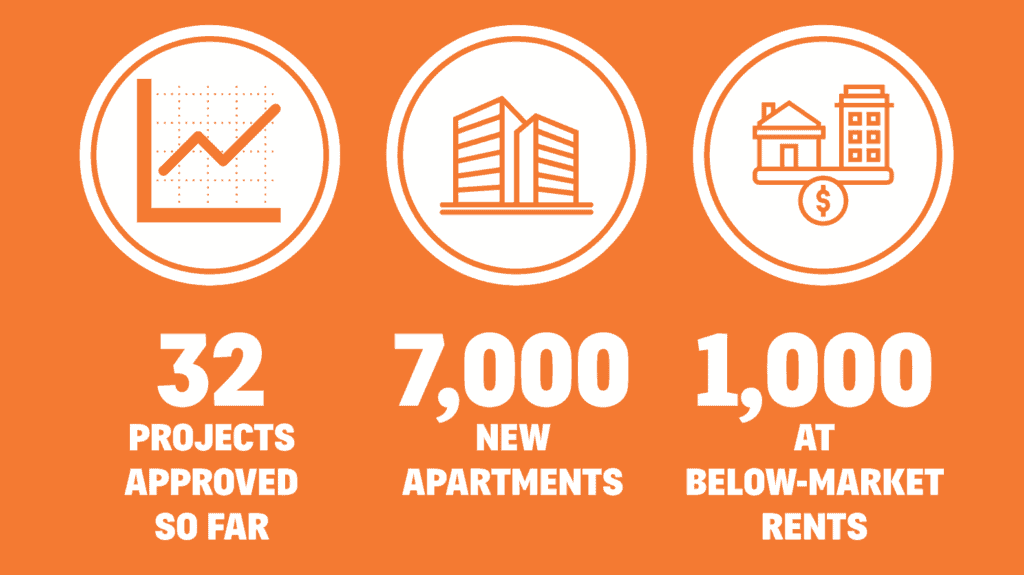 Two ingredients in New Rochelle’s success stand out: the master developer and the Generic  Environmental Impact Study (GEIS). By selecting a master developer — and compensating it with real estate options — the city guaranteed that at least one builder would have a vested interest in the city’s success. The GEIS replaced the usual uncertainty of project-by-project studies which may result in significant changes in cost and timing. Instead, New Rochelle offers an upfront fee formula, so potential bidders know the costs and every competitor has the same information.

New Rochelle took a look at its zoning, picked a developer and together streamlined its process— and the results have been extraordinary.

Is there a consensus between politicians and city voters on policy priorities?

Salim Furth is a senior research fellow at the Mercatus Center at George Mason University. He studies regional, urban, and macroeconomic trends and policies and has testified before the US Senate and House of Representatives. Previously, he worked at the Heritage Foundation and Amherst College. His writing has been featured in National Affairs, American Affairs, The City, and Public Discourse, and he wrote regularly for the Wall Street Journal’s Think Tank blog. He earned his PhD in economics from the University of Rochester in 2011.

Phil Wharton is chief investment officer at Twining Properties. He was on the forefront of development and investment in Long Island city and downtown Brooklyn while at AvalonBay Communities, and he helped reshape the downtown of New Rochelle, New York through the innovative public/private partnership between RXR Realty and the City of New Rochelle. Wharton built the residential development platform for RXR Realty, one of the largest owners, managers, and developers and operators in the NYC Tri-State area. At RXR, he oversaw the development of 1,792 apartments at a cost of $813 million. Prior to that role, he developed residential and mixed use developments at Brookfield Property Group and AvalonBay Communities, for a total of 3.5 million square feet and including 4,903 apartment homes, at a total cost of approximately $2.4 billion. He serves on several boards, including the Council on Economic Education, which trains approximately 55,000 teachers annually, and ChaShaMa, which places artists’ studios and exhibits in vacant retail spaces. He holds an MBA from University of Pennsylvania’s Wharton School of Business and a BA from Harvard College.